Yesterday I was together with two KPN colleagues  at the meetup from Docker Randstad. The meetup was hosted by Blendle in the center of Utrecht. Blendle also arranged the food and drinks. After everybody had some time to eat a slice of pizza, the official part of the evening started. Before the sessions started, Blendle was given the opportunity to tell how they use Docker. 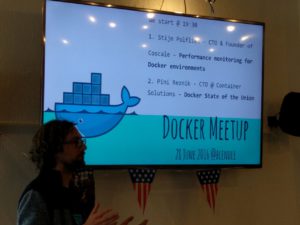 First presenter was Stijn Polfliet, founder and ceo of CoScale. Stijn had a presentation which consisted of two parts. First part was about Anomaly detection. He explained the different challenges you face if you want to apply anomaly detection and which methods you can use. He also explained the pro's and cons of the different methods. The second part of the presentation was about Performance monitoring for Docker environments. He mentioned some of the most commonly used tools like CAdvisor, Datadog, Scoutapp and Sysdig. For each of these tools he also mentioned the pro's and the cons. He also talked about tools like New Relic, which was in his opinion more suited for the monitoring of more monolithic environments. Stijn also showed a demo of the monitoring tool of CoScale. 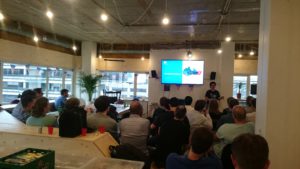 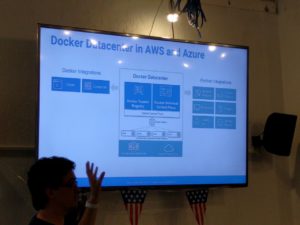 Again an interesting Docker meetup session.  Thanks to the speakers for the interesting and informative talks and thanks Catalin and Blendle for hosting it.