This is the second edition of DockerCon in Europe. Last year DockerCon was only hosted in the United States. DockerCon, the conference part, was on Tuesday and Wednesday but on Monday you could attend workshops, hallway track sessions and hands on labs. Monday evening was the Welcome reception during which you visit the expo. 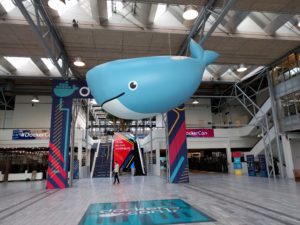 I arrived Monday afternoon at the Bella Center, the venue where DockerCon is hosted, to pickup my badge and backpack. After that I checked into my hotel. In the evening I went to the Welcome Reception and visited amongst others the booths of VMware, AWS, Atlassian, CoScale, Amazic and of course Docker. 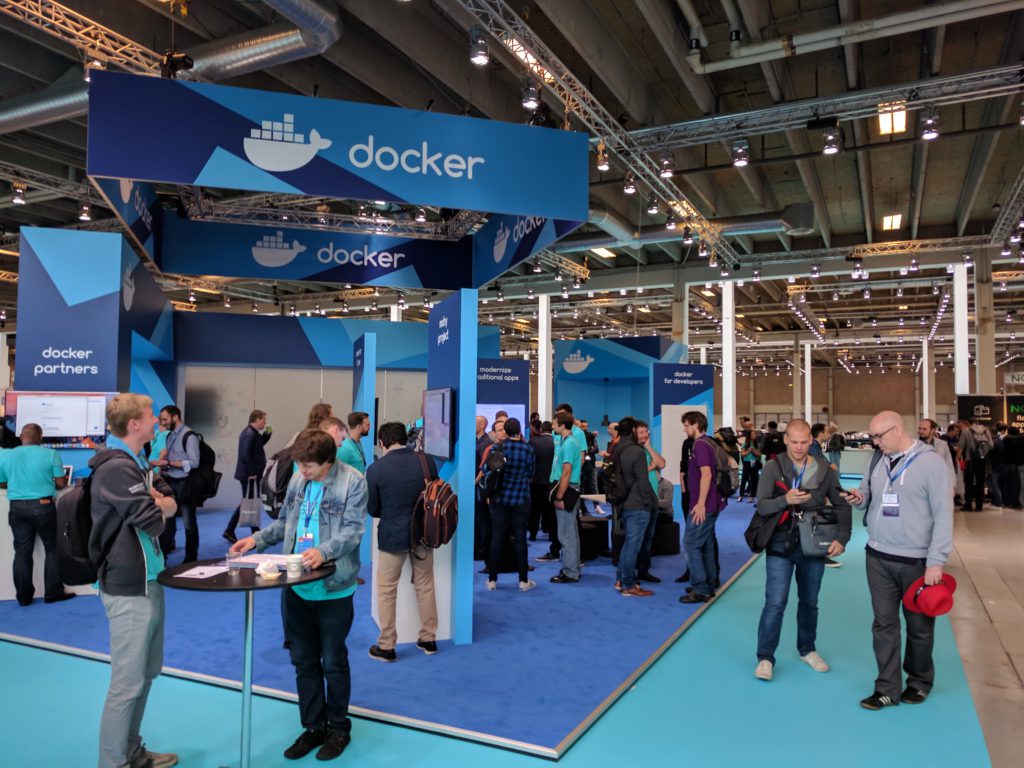 The next day started with a breakfast in the expo hall. At 9.00 the keynote started. Steve Singh, the CEO of Docker, who started with welcoming everybody to DockerCon. After that he talked about the way that the Docker platform, is the platform to run your application. Digital containers can help you manage enterprise software supply chain. Image how the world should work. Do not limit yourself how it works now. Next he talked about modernizing your traditional applications, not by recoding but by using the tools, like Docker Application Converter or image to Docker. This approach focuses on moving your application to a Docker container which results in application that can be run everywhere. When you are in the process of choosing the application to start with, you should go for the less complex applications first and get experience with conversions to Docker containers. During this session Kristie and Ben, from Docker, gave a live demo of the conversion of a tar backup file to Docker container. One of the next speakers was Solomon Hykes, the founder of Docker. He was making the announcement of DockerCon. 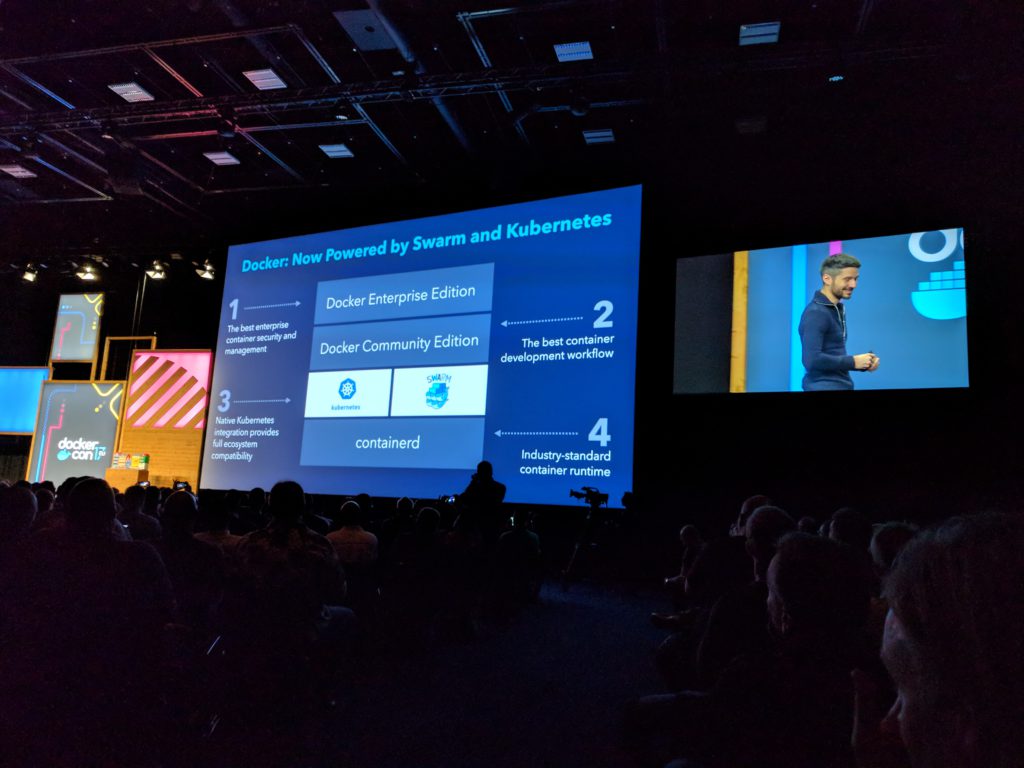 Docker will support in the new version two orchestration tools, next to Docker Swarm there will be also native support for Kubernetes. Kubernetes can be managed from Docker UCP.  The nice thing of the Kubernetes integration is that you don't need any Kubernetes knowledge about setting up a Kubernetes cluster.Kubernetes will also be part of the Docker Community edition, so you can test the Kubernetes part also on your local Linux, Windows or MAC based workstation. 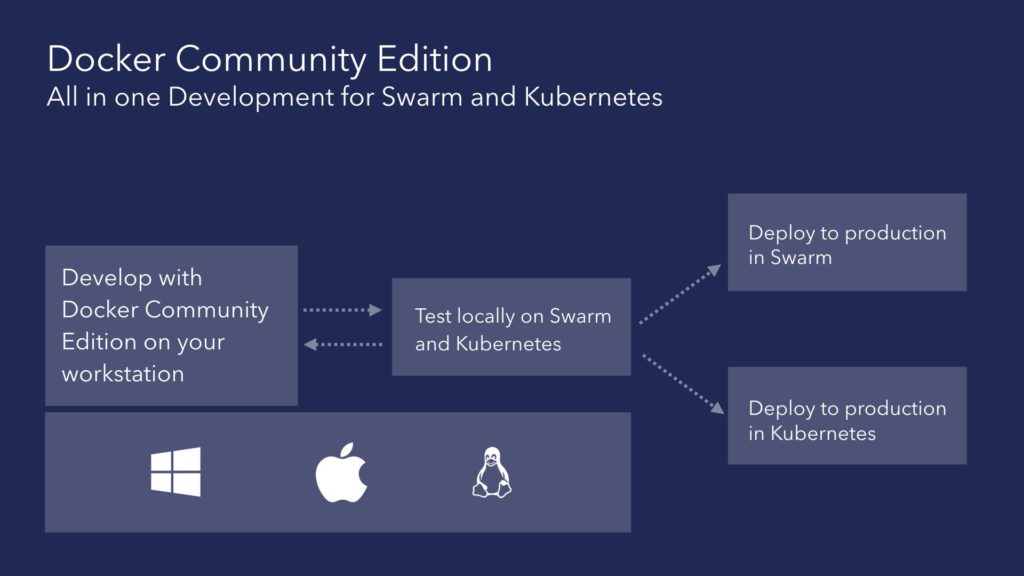 Kubernetes in Docker for Mac/Windows features:

The product will be launched in Q1 2018, but if you already want to play with the Kubernetes integration within Docker you can sign up at this url. You can choose if you want to enroll in the beta for Docker for Mac or Windows or for Docker EE. After the keynote, I attended the session What's new in Docker. This session gave an update around Docker Enterprise edition, Docker Community Edition and Docker for Mac/Windows

During the day I also attended different quick talks around different subjects. After the lunch I attended a Hallway track with the subject OpenFAAS serverless with Docker and after that the session From zero to serverless in 60 seconds. Both were hosted by Alex Ellis, the founder of OpenFaas. Very interesting product. If you want read more about it go to Openfaas.com The last session of the day for me was Back to the future: Containerize Legacy Applications by Brandan Royal. In this session talked about the MTA program of Docker.  They defined 4 steps in the process: Assess -> Containerize -> Deploy -> Measure

The second day of the conference started with a general session. On stage was Scott Johnston, COO of Docker. 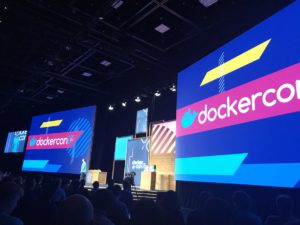 This sessions was mostly focussed on the MTA program of Docker. He was joined on stage by Finnish Rail and Accenture who went together through a MTA journey. Docker also announced  that IBM was added to the Docker MTA partners. After that IBM announced that they were together with Docker working on Docker on IBM Cloud and that IBM applications like Websphere and MQ are now Docker certified. They also mentioned that Watson is running in Docker containers. After the general session I attended the Docker EE deepdive. This session went into more detail on:

In the afternoon I took some time to take some of the hands on labs below.

If you also want to try go here Last session of the day was Tips and Tools for Running Container Workloads on AWS, hosted by Abby Fuller and Tiffany Jernigan. 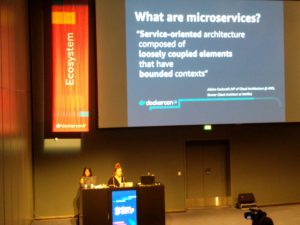 All good things come to an end. What I really liked at DockerCon was the number of live demo's that were part of as well the keynote sessions as the breakout sessions. Very nice to see that it is possible to give a working live demo. Also liked the Hallway track concept and the possibility to interact with the Docker people based in the Netherlands. 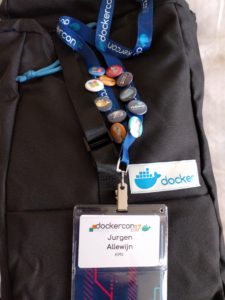