The day (4th of December)  started with the general session. Steve Singh, CEO of Docker, kicked of the keynote. He started with comparing Docker Container with containers in the harbor. As containers were revolution in the transport, containers are now at the heart of the 4th industrial revolution. Every company is becoming a software company as software is eating the world. Steve said that container platforms are replacing the current platforms. In total 75 billion containers have been downloaded. _"Over the next 40 years, we will see more software innovation coming from the other 85% of the global economy than from traditional software companies.”_Docker sees three steps in the transformation process:

The core principles of Docker are anchored in 3 simple concepts: 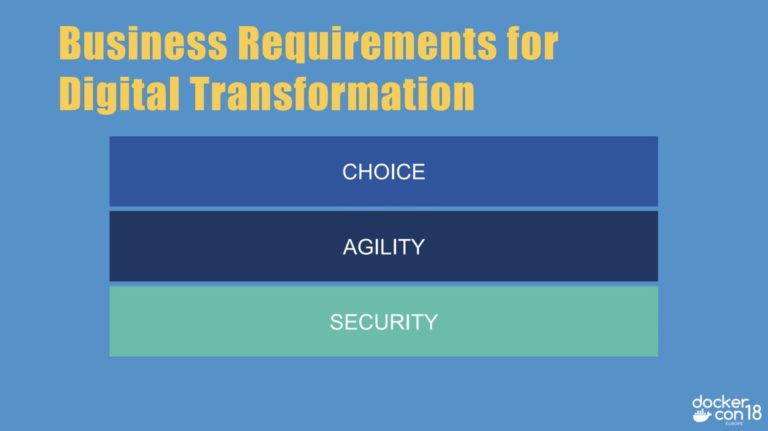 #Security has to become a basic digital right. Security is woven into every element of #Docker's products. That's our promise to you. #DockerCon

After that it was demo time.This session there were 4 demo's. First demo was by Elton Stoneman and Lee Namba in which the use of Docker Application Converter to convert an .NET application running on Windows 2008 to an container application which could run on Windows 2019. The second demo was around the partnership of Mulesoft and Docker which was recently announced.  Patrick Chanezon  and Darrin Solomon gave a demo how Mulesoft and Docker can work together. The MuleSoft solution is enabling a better integration with local docker desktop in the project lifecycle using api proxy + soap to rest gateway to easy app transformation 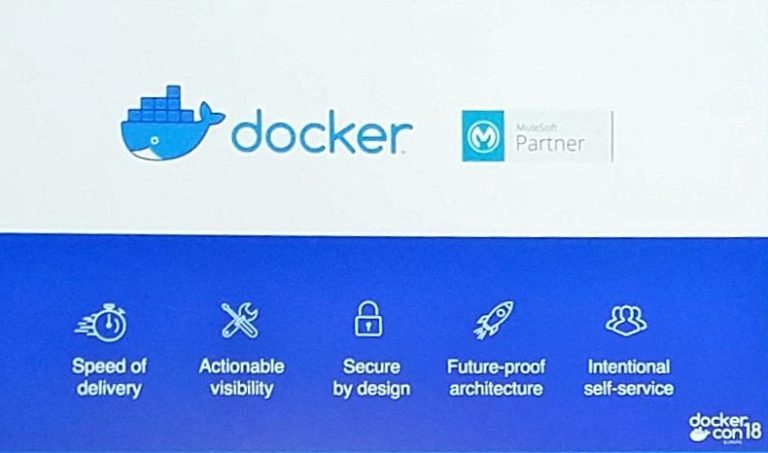 From code to docker image without writing dockerfile. This helps also the developers who are new to containers to use Docker for their application. Amn and Gareth also gave a demo of the other new tool docker-app. Docker-app brings collaboration and framework to sharing Docker container. It creates a single image containing the definition for multi-container a 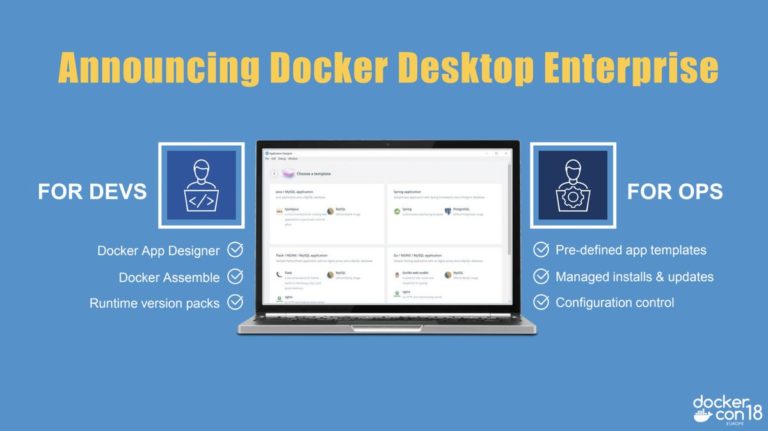 Betty Junod, Vice President of Product and Partner Marketing at Docker, was the last speaker of the keynote.  Betty introduced the Docker Community Innovation Awards.

The first category was Rising Stars. The finalists were: 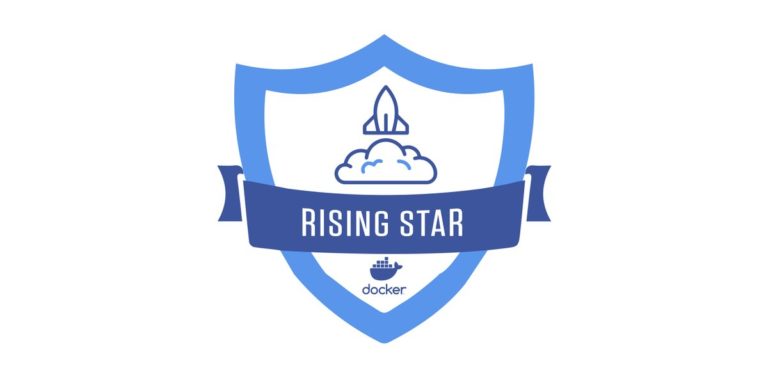 The second category was business transformation. The finalist were:

The winner was Societe General

After the general session I attended the workshop Using Istio. I was looking forward to attending this workshop as I heard a lot already about Istio but didn't do anything with it yet/ The workshop was presented by Lee Calcote and Girish Ranganathan. Lee first gave some background around service mesh and Istio. After that it was time for the lab exercises. I think it was a very interesting workshop. Unfortunately there was not enough time to finish all exercises but they are online and so I will complete them probably next week.  If you want to try the workshop for yourself you can find it on http://layer5.io. You can find the slides and the labs there. You can try it on Docker Desktop or Play with Kubernetes. 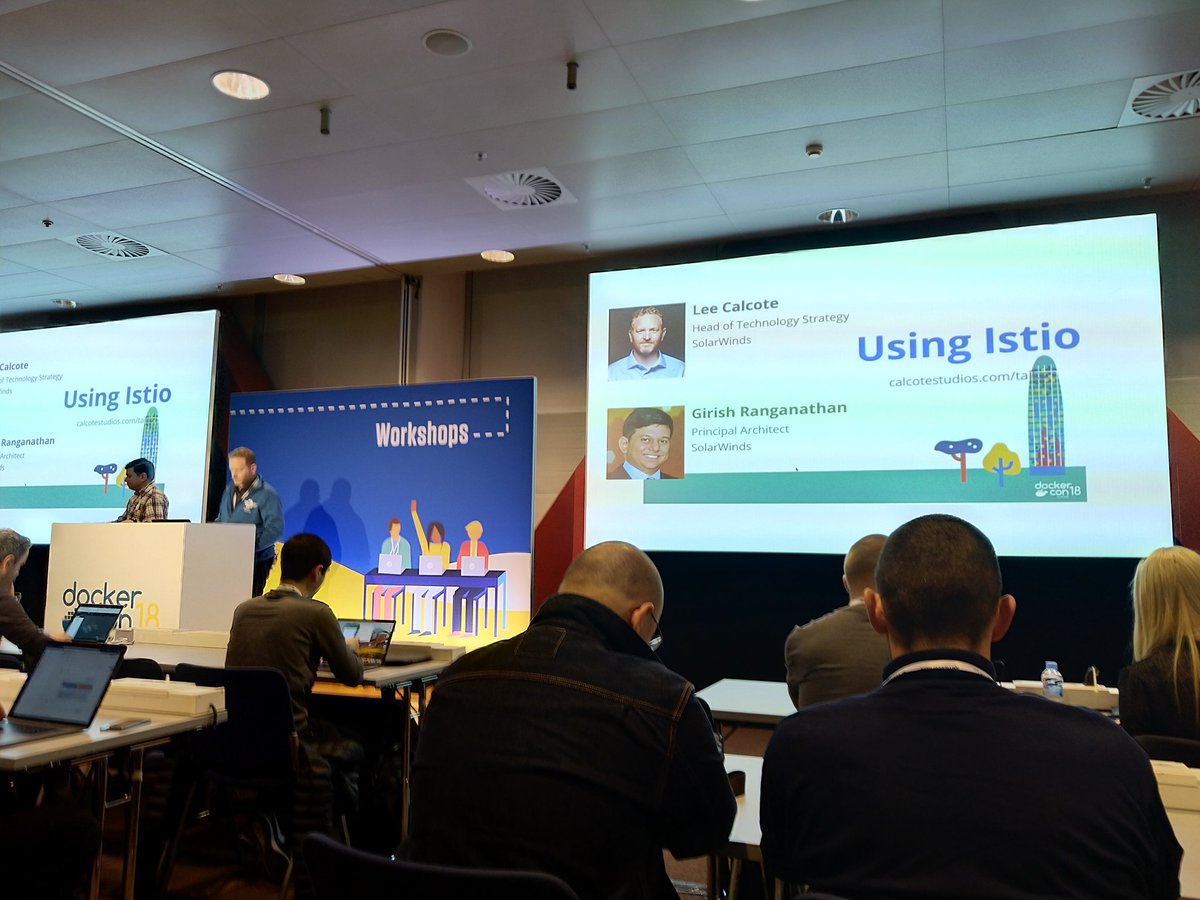 This session ended with that Windows 2008 is out of support end of 2020. Docker offers a solution for migrating 2008 applications to Windows 2019. You can find more details here

The last session for me this day was again a workshop, Building a Secure, Automated Software Supply Chain. This workshop was presented by Viktor Farcic.
In this workshop we had to integrate Docker Enterprise Edition Advanced in the development pipeline.  We had to build a application from a Dockerfile and push the  image to the Docker Trusted Registry (DTR). DTR scanned the  image for vulnerabilities so they can be fixed before your application is deployed. We also looked at manually promoting images and integrating it with Jenkins. I have to say that I really liked the offered workshops. Would have liked to do more. Hands-on experience really helps.