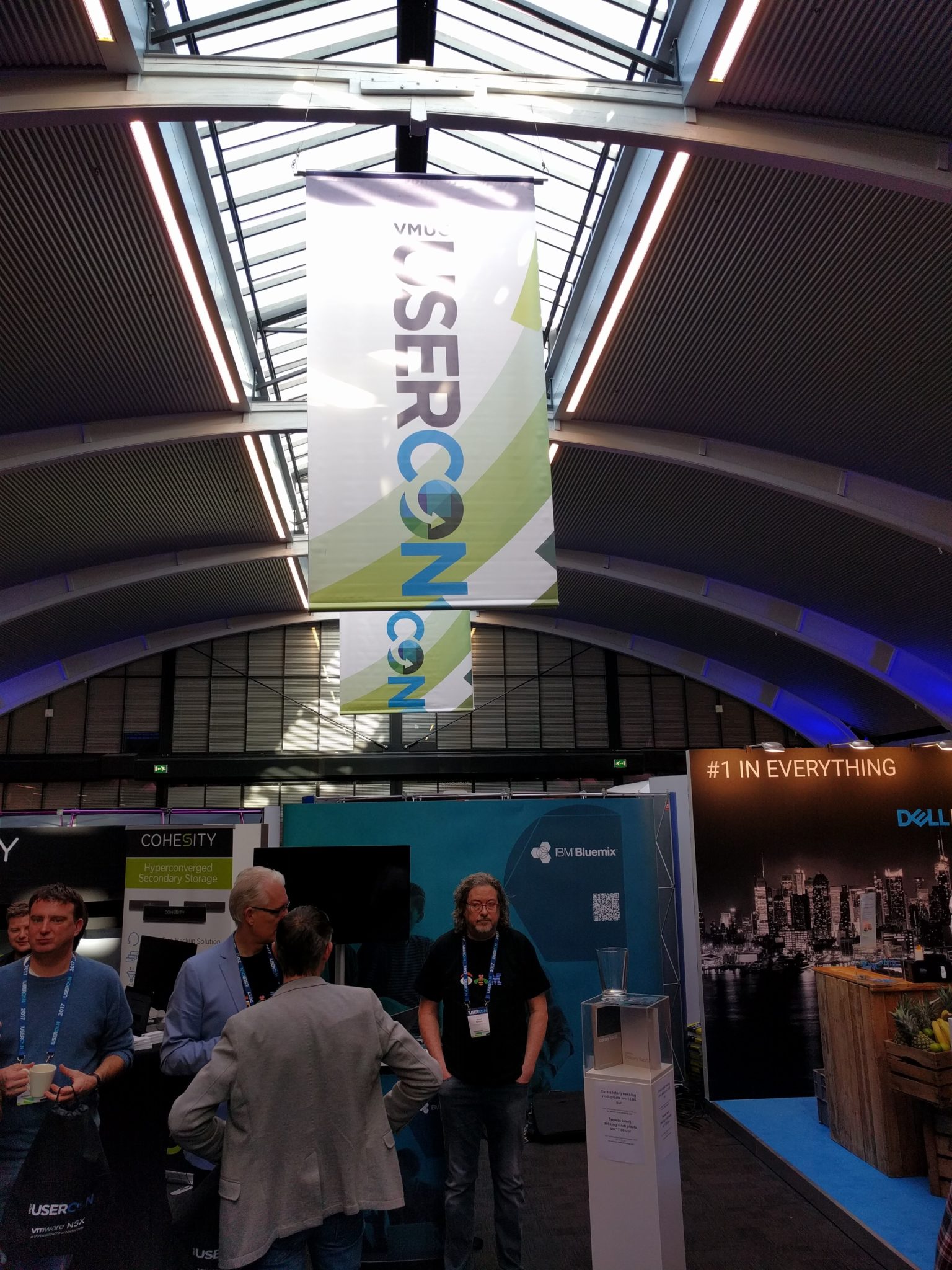 The UserCon offered more a variety of breakout sessions, group discussions, lightning talks and they two keynote session. In total there were more than 65 sessions which was really a lot.   The UserCon started with a welcome by the dutch VMUG council leads.  After that followed the keynote by Frank Denneman. Frank talked about the new service VMware on AWS.  This service was announced in October last year just before VMworld Europe. The service will become available later this year, first starting in the United States and after that to the other regions within AWS. Frank shared some insights about how the VMware service will be offered and how it will integrate with the AWS offered services. After the keynote there was the possibility to visit the booths of the sponsors or attend one of the sessions or havea coffee break. The organization had also taken care of an excellent lunch. After the second keynote started. This keynote was given by Dimitri Tokmetzis, data journalist, with the subject _Waarom je wél iets te verbergen hebt , _loosely translated Why you indeed have something to hide. This session was all about digital privacy. Very interesting session with a lot of eye openers. 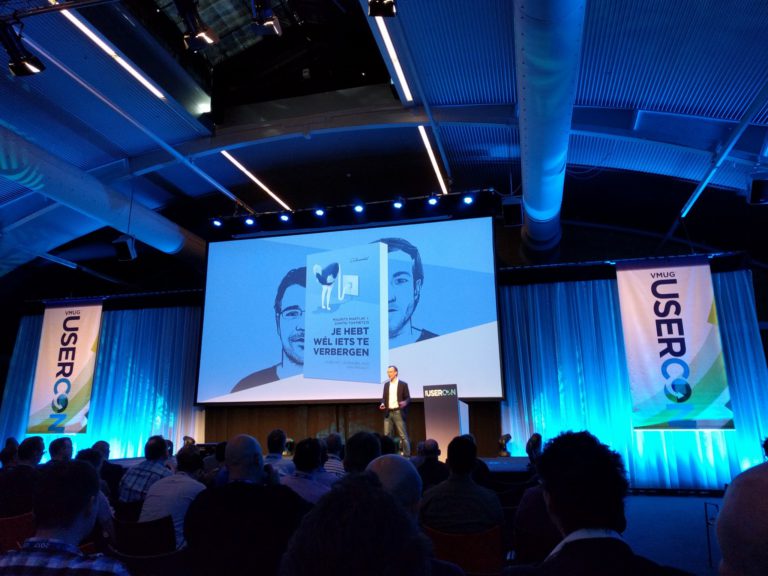 This was the first year that KPN also participated in the UserCon as a platinum sponsor. Because KPN was a sponsor, we had a stand and also three lightning talks

At the stand we showed demo's of the CloudNL VMware platform and also of the Appfactory, a CD pipeline which we offer to customers. Next to following sessions, I was also one of the people to man the stand. I had some good conversations with people visiting our stand and showed also some them the demo of the Managed Hybrid Cloud solution of KPN. Because of this the UserCon this year was for me a different experience as the UserCons in the years before. I think the VMUG team organized an interesting event with a lot of diversity. Looking for to the UserCon of next year.