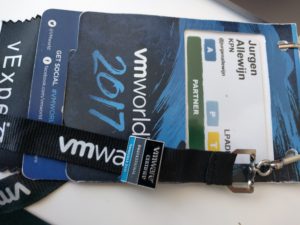 Today I decided to not go to the general session but instead follow it on the big screen in the VMvillage. This gives you the possibility to get coffee during the keynote :). The keynote started with Pat Gelsinger, Sanjay Poonen and Ray O'Farell answering questions that the VMworld attendees could submit yesterday. After that Ray O'Farrel, Chris Wolf and Purnima Padmanabhan went more into depth about VMware HCX, Wavefront, NSX-T, VMware Pulse IoT Center and Functions as a Service (FaaS). After the keynote I attended two sessions. Both were around VMware Cloud on AWS.  The last two sessions, Service Overview for VMware Cloud on AWS and VMware Cloud on AWS: A Technical Deep Dive, were really interesting. The first session was focussed on service, the support and separation of the responsibilities between the customer and VMware. They also showed the online support that was available for this product and the automatic actions that VMware takes to keep the customer environment healthy. The second session showed in more detail the components that made the VMware Cloud on AWS product. The session touched on compute, storage, networking and security. After the sessions I went back to the solution exchange and visited several booths and also spent time on networking with the vendors, colleagues and other attendees. In the evening I went to the VMware Customer Appreciation Party featuring the Kaiser Chiefs. I think it was without a doubt the best band and the VMworld party. 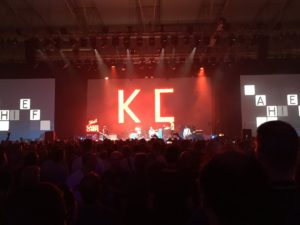