Rancher introduced alsmost week ago k3s, a lightweight Kubernetes Distribution. In the YouTube video below you hear Shannon Williams and Darren Shepherd from Rancher talk about K3S, what it is, the usecases and demo of K3S.

k3sis a fully compliant, production-grade Kubernetes distribution that maintains an absolutely tiny footprint. Weighing in at less than 40 MB, it only needs 512 MB of RAM to run. This means it’s perfect for all kinds of computing that requires a minimal about of memory and space.

k3s is designed for Edge computing, IoT, CI, and ARM. Even if you’re working with something as small as a Raspberry Pi, k3s allows developers to utilize Kubernetes for production workloads. It simplifies operations, reducing the dependencies and steps needed to run a production Kubernetes cluster.

Installation is a breeze, considering that k3s is packaged as a single binary with less than 40 MB. However, security isn’t an afterthought, since TLS certificates are generated by default to make sure that all communication is secure by default.

As k3s is built for running on hardware like the Raspberry Pi,I thought it would be interesting to take a closer look at the product and install it on my Raspberry Pi.

My home setup is not where it should be yet but two Pi's is enough to start with. My plan is to add some more PI's in the future so I will be able to have multiple nodes and when k3s also supports HA, I can also add an extra master.

Currently I use the following equipment for my k3s environment 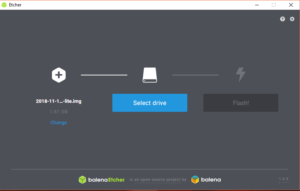 The following steps should be run on all Raspberry Pi's that will be part of the cluster.

After that I powered on the Raspberry Pi's and connected to them using ssh. To make it myself easy I assigned ip-addresses based on the mac-addresses of the Raspberries in my router. The default password for the PI user is raspberry.

The next step was setting up the host name, changing the password and setting the ip configuration. The
changing of the host name and password can be done by raspi-config.

Next step is turning off swap.

Next step is adding the following line to /boot/cmdline.txt.
Don't add any new lines! After saving the file reboot and login.

Default k3s doesn't assign roles to the nodes and allows for pods to be scheduled on the master. If you want you can change that with the following commands

On the node run the following commands

After that you start the agent

Optionally you can also set a label for the node. The commands should be run from the master node

You are now ready to run a pod. As first pod to run I chose Nginx. Create a file at /home/pi/nginx-test.yaml with the following content

Next step is deploying to the cluster

A lot of more possibilities and stuff to find and try out. It is very easy to install Kubernetes and get a pod running. Looking forward to the upcoming releases.

If you want to hear more about k3s, you can attend the online meetup k3s: The Lightweight Kubernetes Distribution Built for the Edge. You can register here

As input for the post I used the following sites: